The Swachh Bharat Mission was launched on 2 October, 2014 by the Hon’ble Prime Minister, mainly aimed at propagating sanitation, hygiene and cleanliness. It also stressed upon creating awareness among people about hygience, garbage and sanitation. The Swachh Bharat Mission is being implemented by the Ministry of Urban Development and the Ministry of Drinking Water and Sanitation for urban and rural areas respectively.

Guwahati Municipal Corporation, in this regard, has already created an online account for monitoring the various activities under Swachh Bharat Mission. Sanitary Supervisors/ Swachh Bharat Mission Officers have been appointed in every ward for promoting public hygiene and sanitation in their respective wards apart from fulfilling their compulsory duty of registering complaints of residents and taking swift action on them.

The City Sanitation Plan has been completed and has received approval from the Mayor-in-Council and has been uploaded on the website of Swachh Bharat Mission.

The Hon'ble President of India, in his address to the Joint Session of Parliament on 9 June 2014, had announced "By the time the Nation completes 75 years of its Independence, every family will have a pucca house with water connection, toilet facilities, 24x7 electricity supply and access." In line with this, the Hon'ble Prime Minister envisioned Housing for All by 2022 when the Nation completes 75 years of its Independence. In order to achieve this objective, Central Government has launched a comprehensive mission 'Pradhan Mantri Awas Yojana – Housing for All (PMAY-Urban)'.

The demand survey for the preparation of the HFAPoA (Housing for All Plan of Action) for Guwahati City was carried out by Guwahati Municipal Corporation and a total of 56656 numbers of beneficiaries has been identified in GMC area. The demand survey was carried out by the NGOs empanelled to GMC for solid waste management in association with the Councillors and the Area Sabha Members. The HFAPoA was prepared and submitted to MoHUPA, Govt. of India.

A similar project, Rajiv Awas Yojana was launched in June 2010 in two phases: the preparatory phase for a period of two years and implementation phase. An amount of Rs. 152.68 Lakhs was sanctioned by Central Sanctioning and Monitoring Committee (CSMC) in its meeting on 31/03/2010. The first installment of Rs. 76.34 Lakhs under Rajiv Awas Yojana was received for carrying out the preparatory works.

Under preparatory activities the following works to taken out: 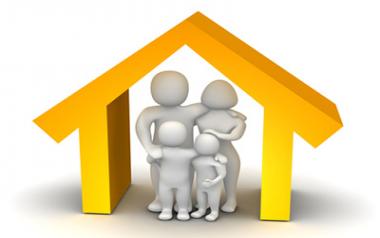