Guwahati, the capital city of Assam, is the most important city in North-East India in terms of its population size, transport connectivity and strategic location. It has a beautiful landscape with hills and vast Brahmaputra. Responding to multifarious developments, internal and external, the city of Guwahati must respond to its existing problems, the new emerging socio-economic forces with a vision of its own. Guwahati, most importantly being the state capital should stand out amongst other state capitals and the city should perform its functions well as gateway to the North East India.

Why a Master Plan?

In order to deal with rapid urbanization and related urban issues, the state government prepared a Master Plan for Greater Guwahati in 1965 under Section 10 of the Assam Town and Country Planning Act, 1959. The Plan had perspective 1986. The Modified Final Master Plan and Zoning Regulations for Guwahati was prepared by the Town and Country Planning Organisation in exercise of the powers under section 14 and sub-section (2) of section 10 of the Assam Town and Country Planning Act and published the same in February 1987. The Master Plan was finally entrusted to the Guwahati Metropolitan Development Authority (which was constituted under Guwahati Metropolitan Development Authority Act 1985) for implementation of the Plan with Perspective 2001. The plan is subsequently revised with perspective 2025 under the GMDA Act, 1985.

The Goals for Guwahati 2025

To conserve, as far as possible,  the hills, water bodies and the vast Brahmaputra river in their pristine form. The city is to  be provided with a modern transit system as a part of a multi-modal transport system integrated with new terminals. Parking issue to be dealt appropriately. The primary goals under this is to provide water supply and sewerage connection to 100% households. A solid waste management system to be provided for all kinds of waste. Clogging-free drainage, Education, health, security, social and cultural facilities to be distributed in a hierarchial order through the city. Development of new towns for wholesale markets in north-east, industry in north-west, special economic zone (SEZ), IT and Business Centre in the /south-west. Goal 5: To Create an Image Befitting that of a State Capital

Deepor beel and Hills to show the beauty of the city along with the zone between Kamakhya and Kharguli hills, and all along the river stretch. Sports and recreation complexes to be distributed acros the city. High Quality Urban Design Corridor to be developed along NG bypass with multi-storeyed business and institutional complexes. Goals 6: To create affordable housing for all and a city without slums

Goal 7: To Bring in a System in the Land Development Process 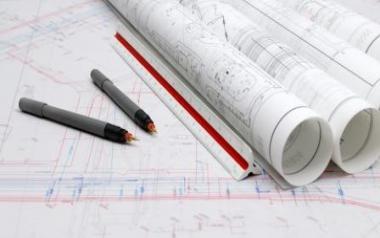